Flexible Array of Radars and Mesonets 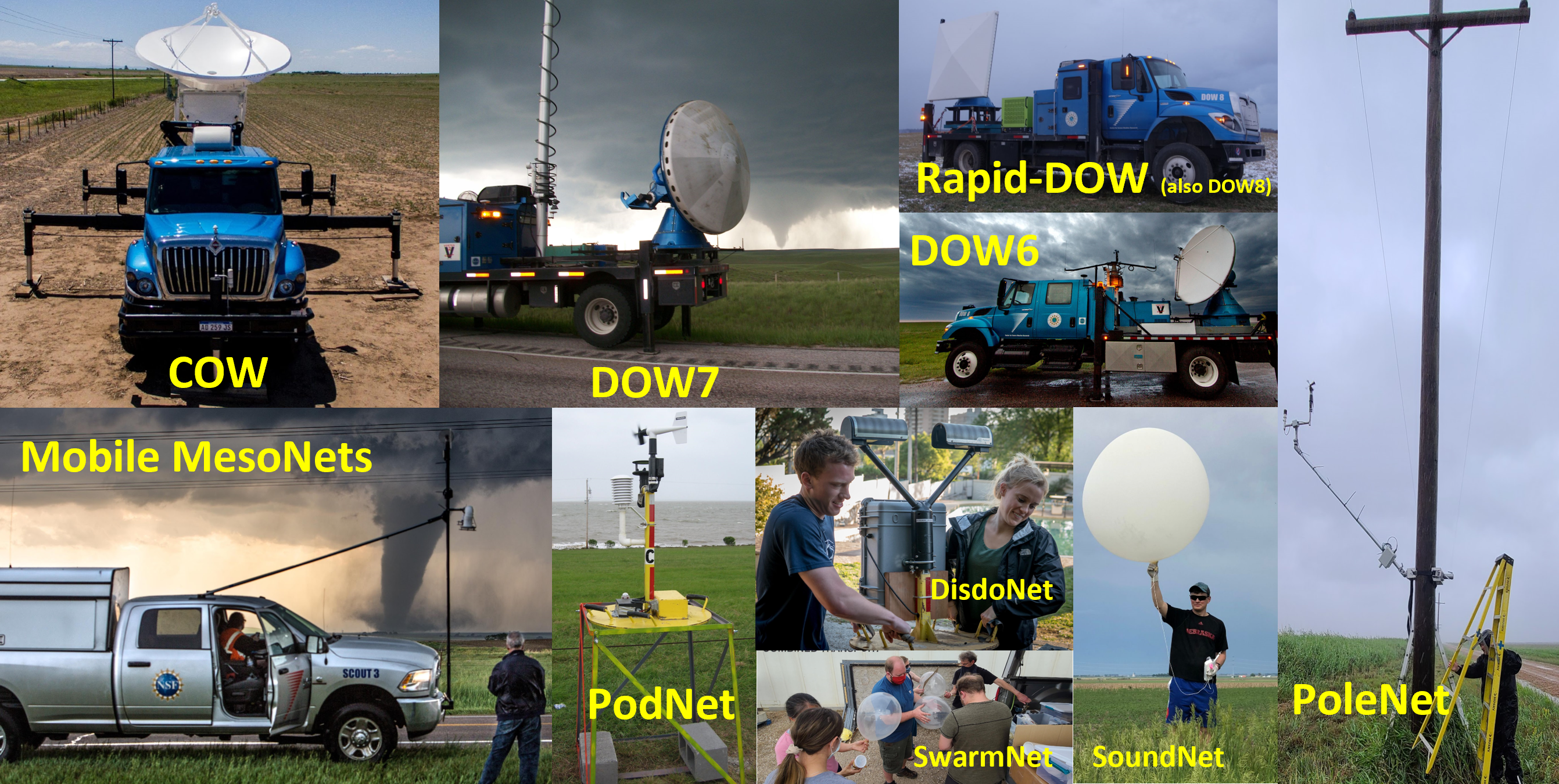 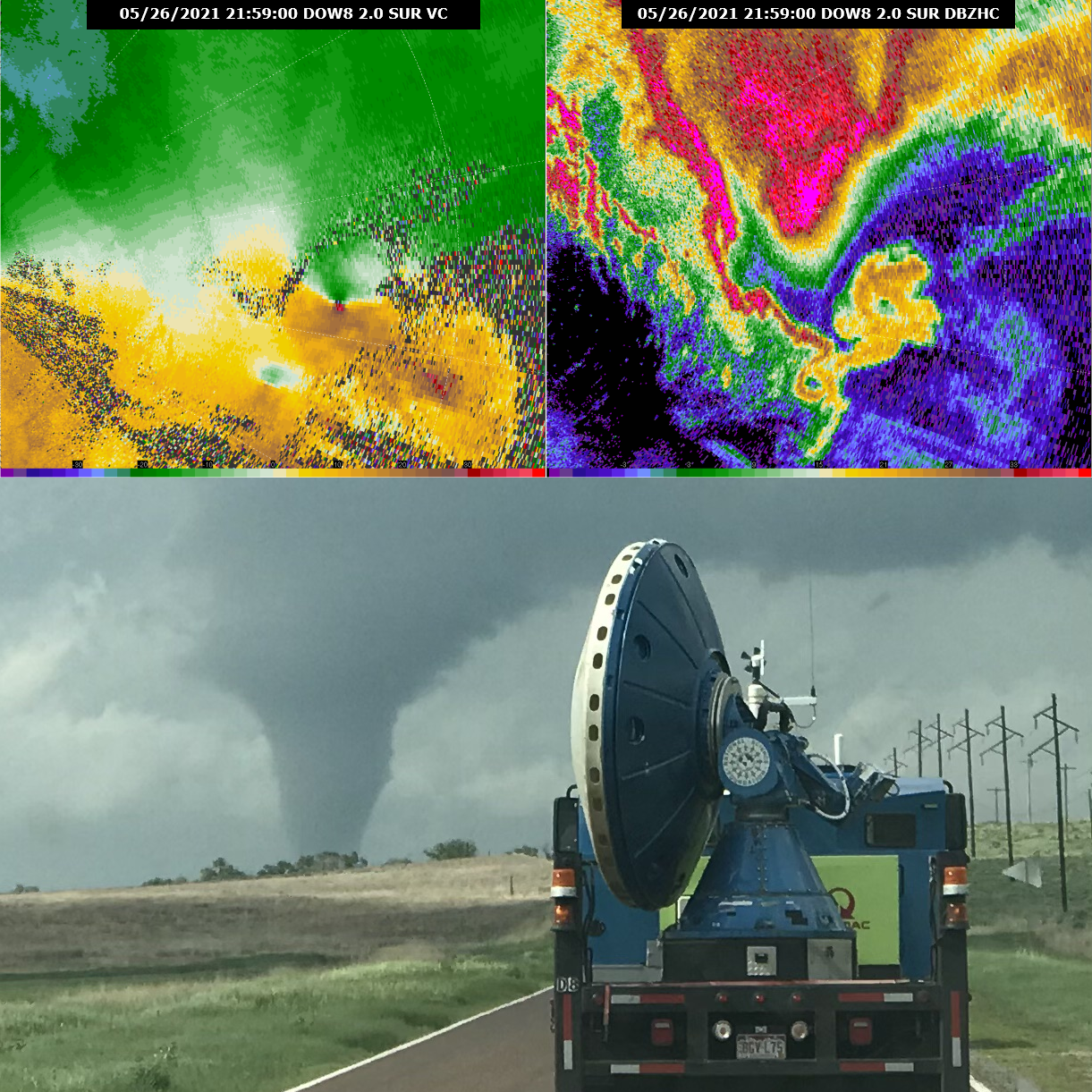 The DOW Facility deployed north of Benkelman, NE on 26 May 2021 and collected data on the evolution of multiple tornadoes.

Check out the loop! 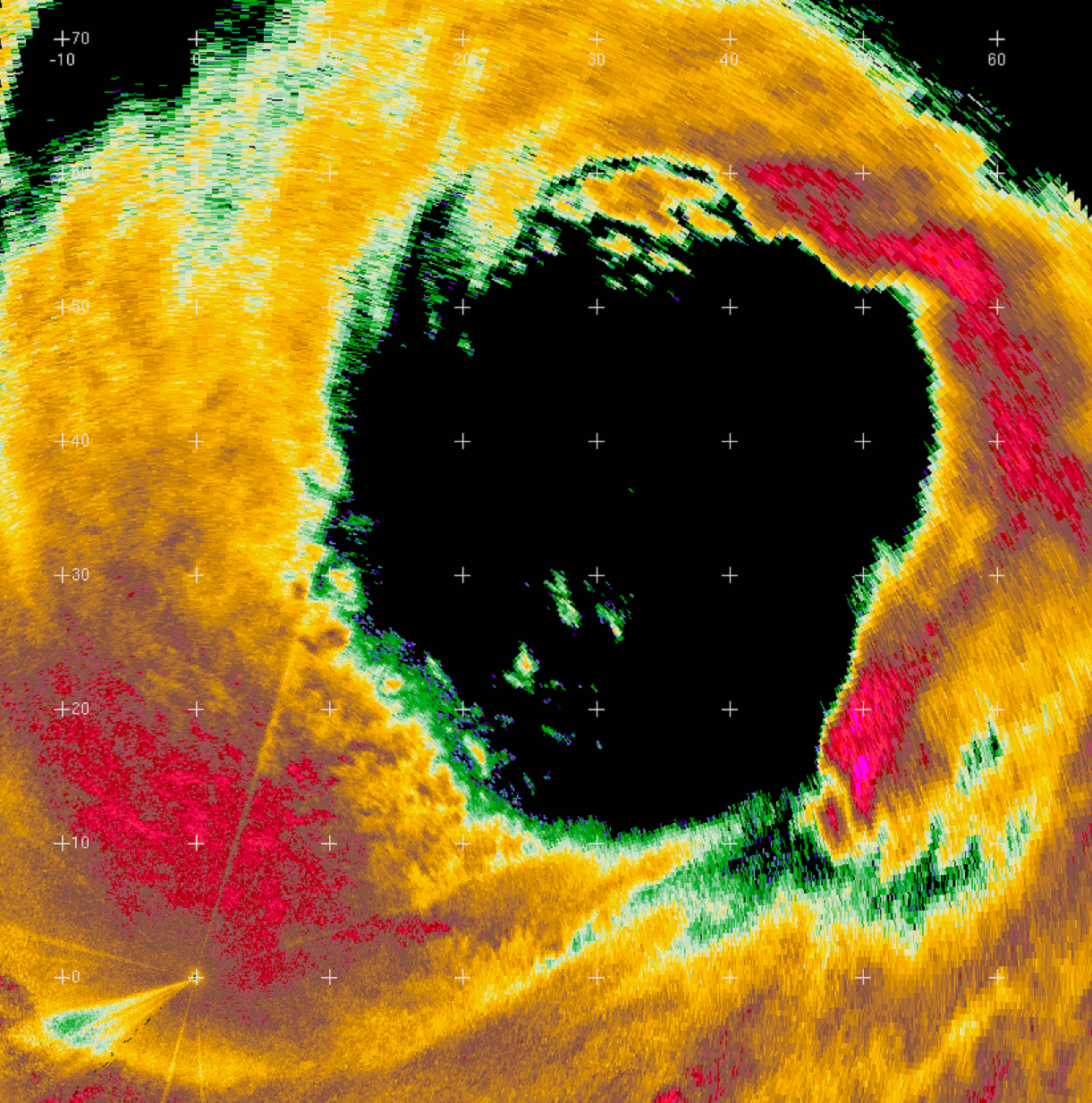 DOWs 7 and 8 recently traveled to the Texas-Louisiana border to deploy on category 4 Hurricane Laura as it made landfall along the Gulf coast. After two long days of driving, followed by a full day of getting wrapped in duct tape, tarps, and ratchet straps the DOWs began their long night of scanning, hoping to capture elusive mesovortices and TSVs (tornado-scale vortices) in the hurricane eye. The mission was recently featured in the Washington Post (linked below). Click here to see a slideshow of our pictures from the deployment.

In late 2018, the DOWs played prominantly in project RELAMPAGO, one of the largest projects ever undertaken by NSF. Multiple institutions, universities and research organizations converged on Córdoba, Argentina to observe storm formation and evolution in a region of the world not thoroughly studied. Recently, the project, as well as our contribution, was featured in an article in the New York Times. 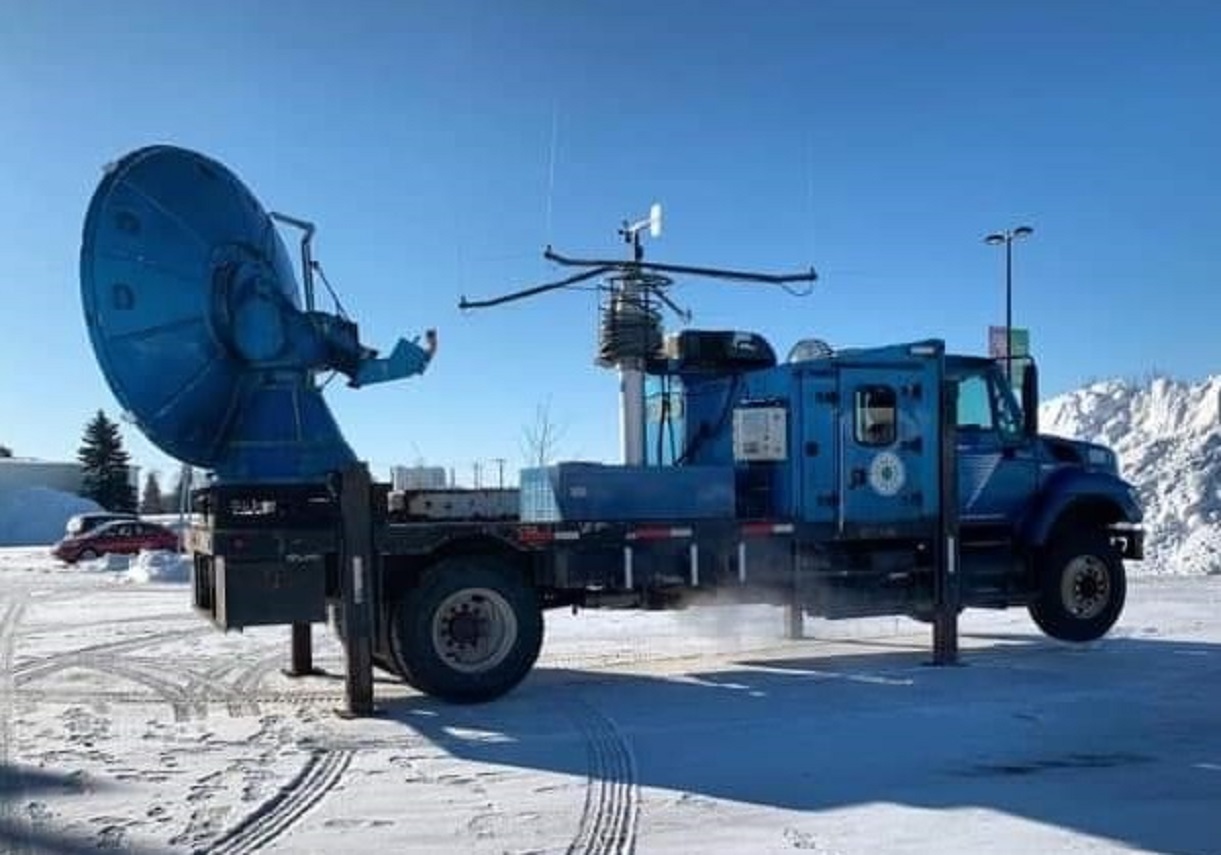 From 20 January to 16 February 2020, DOW7 was on hand for the BLOWN-UNDER project at the University of North Dakota in Grand Forks. The aim of the project was to study the blowing snow and blizzard conditions common to N.D. in the harsh winter months, and to give students hands-on experience with a mobile weather radar. Ironically, the weather was calm and clear until the end of the project, when the team led by UND professor and project lead Aaron Kennedy, got just the winter weather conditions they were waiting for.

Learn more about the project by reading articles from KVRR TV and UND Today. 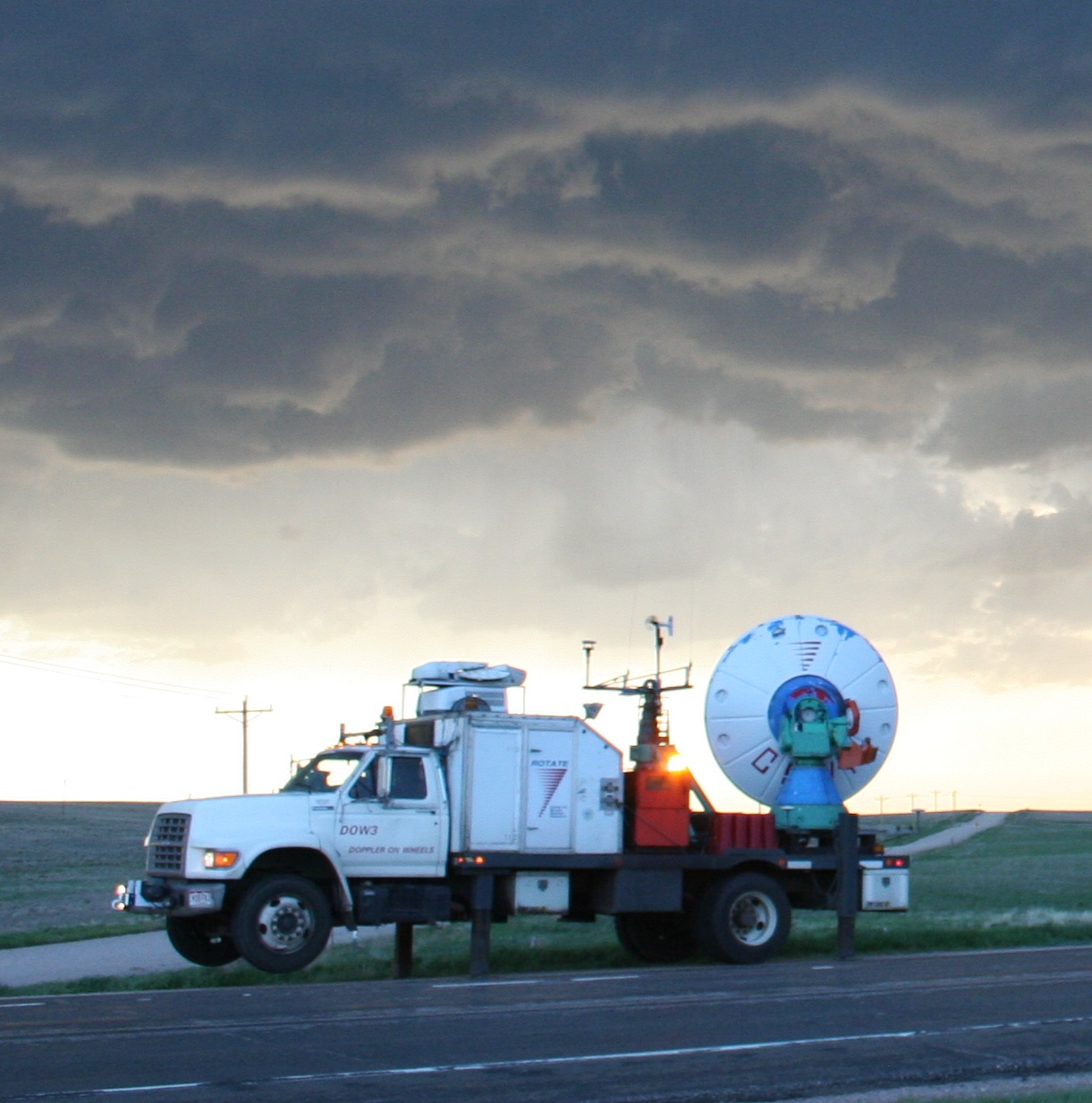 Over twenty-one years ago on May 3, 1999, an extraordinarilly powerful F5 tornado devasted southern Oklahoma City and surrounding areas. It killed 36 people and caused nearly $1 billion in damages, prompting President Bill Clinton to sign a major disaster declaration for the affected areas. DOW2 and DOW3 were both on hand to observe the event for project ROTATE, with DOW3 recording the highest wind speed ever observed on Earth: 301 (+/- 20) mph at the point when the tornado was at its strongest, before striking Moore. 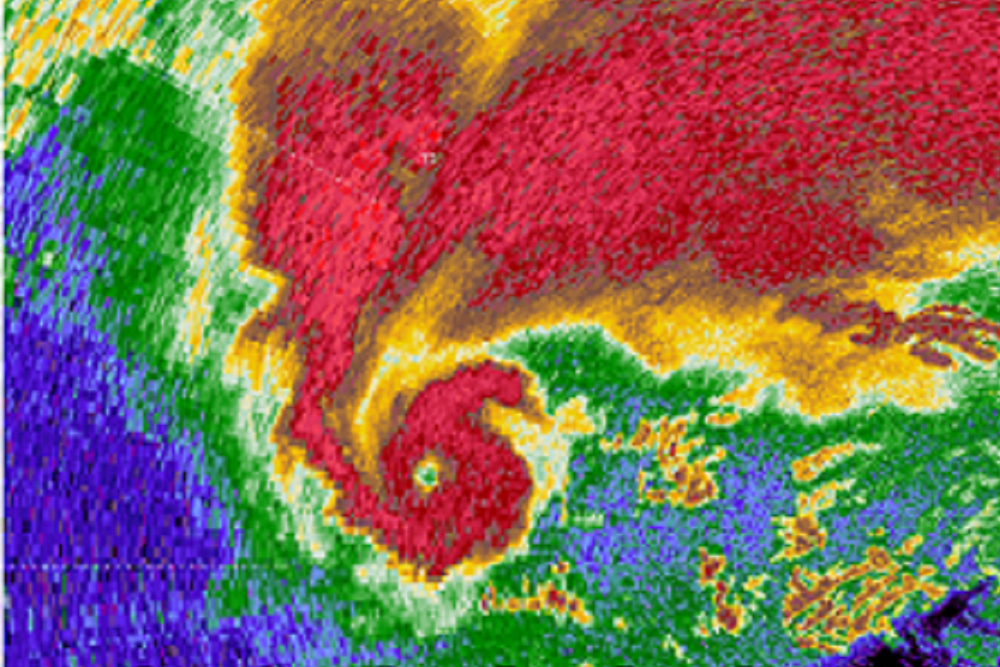 FARM is engaged in research investigating tornadogenesis and structure as well as hurricane boundary layers and wind damage. The facility has also played a major role in dozens of major NSF research projects including RELAMPAGO, SNOWIE, PECAN, and VORTEX2. Click here for a list of publications in which DOW data have been used. 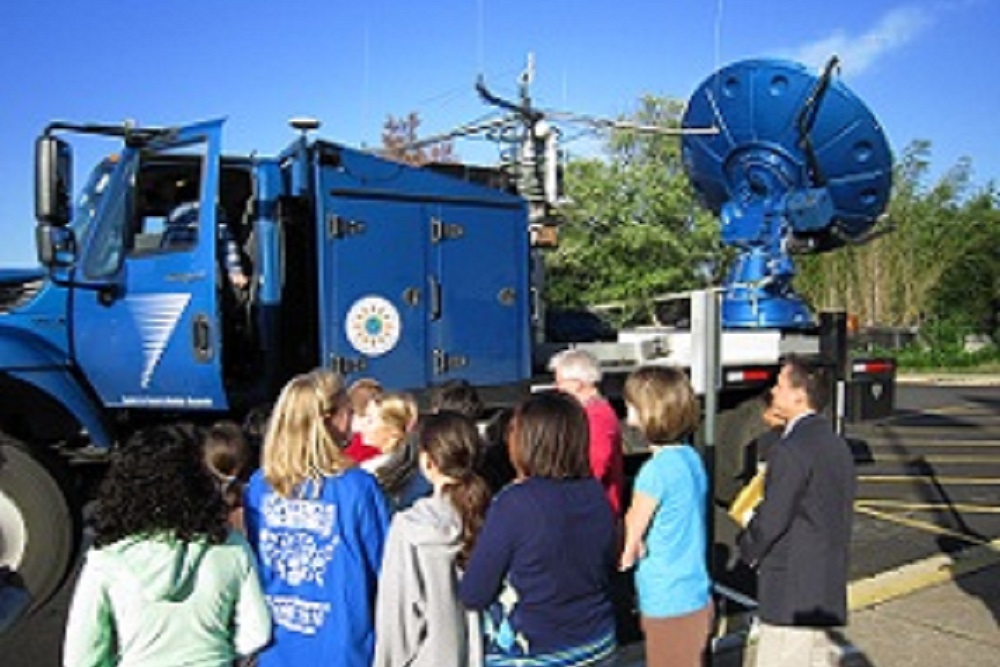 FARM is committed to community outreach as well as the advancement of radar meteorology education. Click here for a list of the educational projects in which the facility has been involved. Want the DOWs to show up at your school or community event? Click here to make a request.

The Doppler on Wheels Facility
University of Illinois at Urbana-Champaign
All rights reserved.